BACK to Ladder Kinetic Theory of Matter Conceptual

This whole unit, and all of thermodynamics, is about how heat energy moves from one thing to another. There are three methods by which heat energy moves: conduction, convection, and radiation. This unit deals primarily with conduction, (the unit on fluid motion deals with convection), and the unit of electromagnetic waves deals with radiation. But, first and foremost, we need to know the difference between the three different types of heat transfer.

In physics, the word fluid means a liquid or a gas.

(This is slightly different than normal English, wherein "fluids" usually refers only to potable liquids.) Liquids and gasses are fluids because the atoms and molecules can move around each other in change position; in a solid the atoms are molecules are locked into a crystal structure.

A vacuum, a space with no molecules. Nothing.

The most important example of a vacuum is outer space. Most of the universe is vacuum! 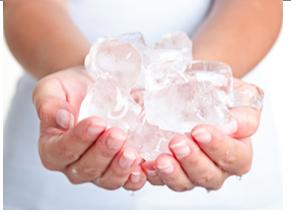 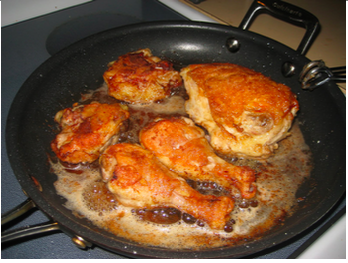 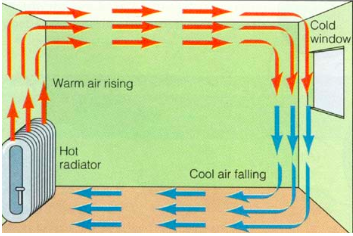 Warm air is rising, and cold air is falling. 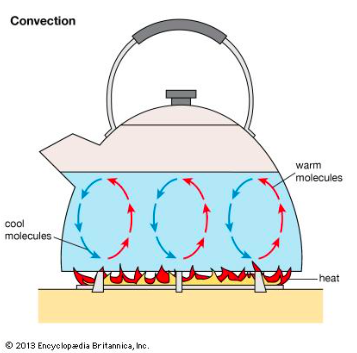 Water is also a fluid, so water can have convection also.
Heat Radiation

The sun sends heat to the earth through electromagnetic waves.

For each statement, write if it represents an example of , , or .

Fire can actually include all three different types of heat transfer.

While fire can employ all three methods of heat transfer, it is certainly most closely associated with radiation. The main reason that people light a campfire, so that it heats them and lights them with electromagnetic waves. They don't touch the fire or stay on top of a fire. 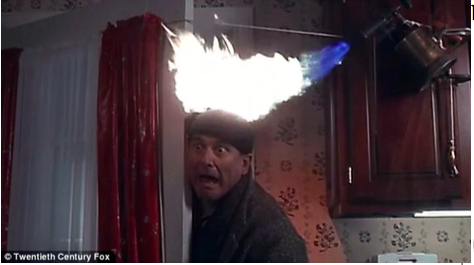 If you actually touch a fire, that is is heat conduction. 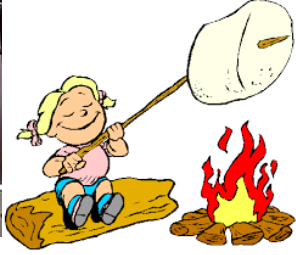 The air above a fire is warm because of heat convection. 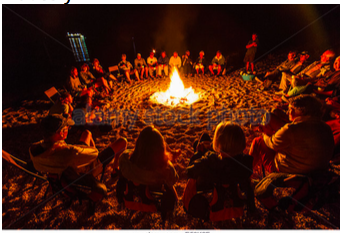 But the main way we are heated by fire is that it radiates heat in all direction. You can tell it is radiating heat because it is giving off so much LIGHT (electromagnetic waves!)
A summary:

For each statement, write if it represents an example of , , or .

BACK to Ladder Kinetic Theory of Matter Conceptual