BACK to Ladder The Electromagnetic Spectrum: Conceptual

The goal of this unit is to explore how each of the seven different electromagnetic waves affects our lives. We will start with infrared waves, and specifically infrared cameras, which are devices that see infrared light.

Watch this video on the basics of infrared imagery:

Infrared cameras are often called thermal cameras. Many people will say that the "see heat," btu that isn't true! Heat can't bee seen at all. Warmer objects emit more infrared waves than cooler objects, and what infrared cameras due is detect infrared waves. In this way, they can estimate the temperatures of objects they see.

Let's look in more depth at some of the images in the video: 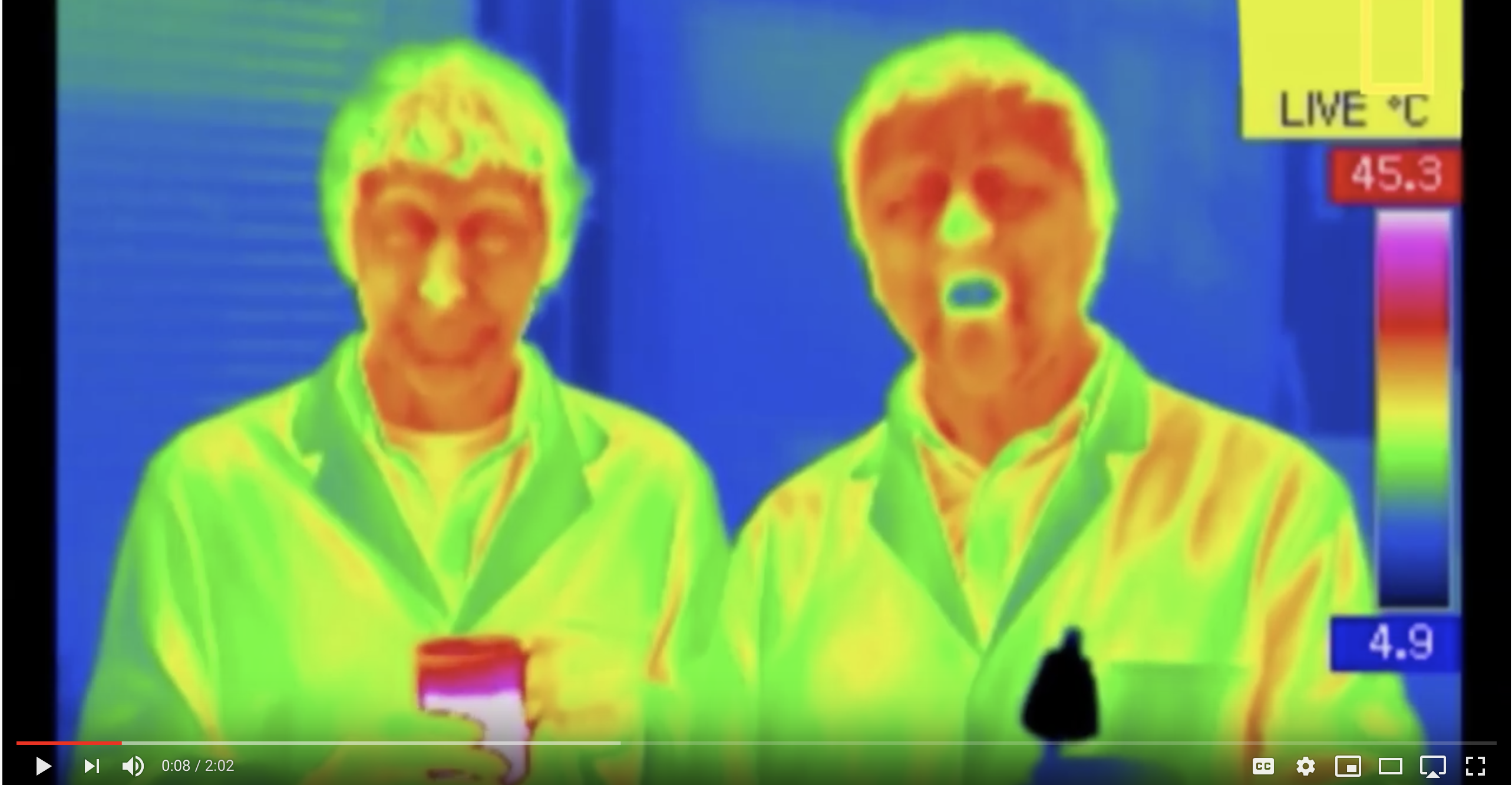 Answer each of the questions below about the image above. Every single one of your answers should include the words "infrared waves."

Watch this video about applications of an infrared camera (which he calls a "thermal camera"):

Answer each of the questions below. Each one of your answers should include the phrase "infrared waves."

Officers in Winnipeg, Canada were chasing down an escaping criminal at night. As he drove away, a police helicopter monitored his movements with an infrared camera, and relayed the information back to the officers on the ground. 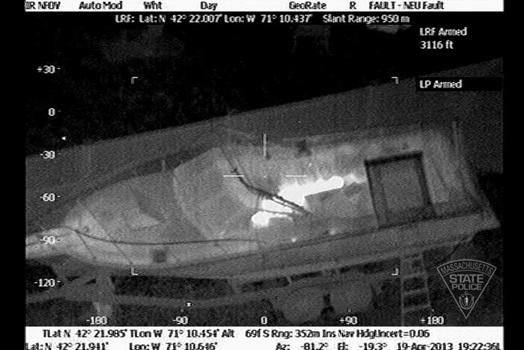 The Massachusetts State Police used an infrared camera to help catch the Boston Marathon Bomber Dzhokar Tsarnaev. In 2013, a local college student Dzhokar Tsarnaev and his brother Tamerlan Tsarnaev planted two bombs that exploded at the finish line of the Boston Marathon, killing three and injuring many others. After several days of fear and speculation, investigators figured out who had planted the bombs through security footage from a restaurant at the finish line. Once he was spotted, Dzhokar and his Tamerlan assassinated an MIT police officer and got into a shootout with the police near Watertown, Massachusetts, a suburb of Boston, in which his Tamerlan was killed and Dzhokar was injured. Dzhokar hid in a boat in a person's backyard. For several hours, the Watertown, Boston, and all surrounding areas were put on lockdown while law enforcement went door to door trying to figure out where Dzhokar Tsarnaev was hiding. After several hours, the evidence pointed to the boat, the police used an infrared image from a helicopter to confirm his location and that he was seriously injured. Shortly thereafter, Dzhokar Tasrnaev was detained by police alive.

The different colors on an infrared camera:

Video of Kangaroos fighting in infrared:

BACK to Ladder The Electromagnetic Spectrum: Conceptual